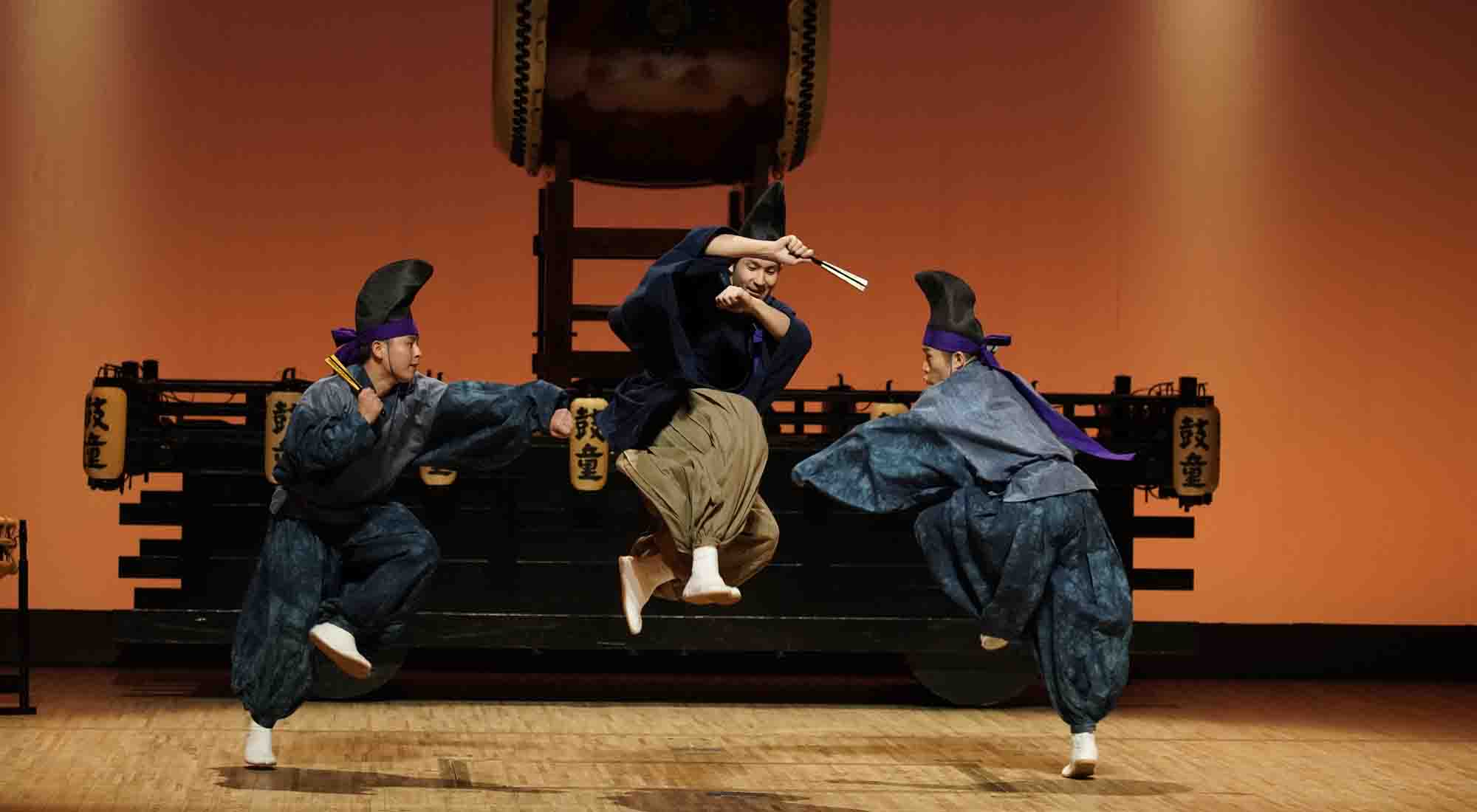 Co-Sponsored by the UConn Asian American Cultural Center  An international phenomenon for four decades, Kodo explores the limitless possibilities of the traditional Japanese taiko drum, forging new directions for a vibrant living art form. With Tsuzumi, the company traces its origins back to its beginnings and reflects on its legacy. The word “Kodo” holds a double meaning: “heartbeat,” the primal source of all rhythm, and “children of the drum.” Since the group’s debut at Berliner Festspiele in 1981, Kodo has given over 6,500 performances in 53 countries on five continents. This figure includes 4,000 performances under the “One Earth” banner, a theme that embodies Kodo’s desire to transcend language and cultural boundaries, all while reminding their audiences of the common bonds we all share as human beings.